What is Participatory Grantmaking?

What is the approach?

There are a wide range of options to consider when choosing a participatory grantmaking structure, but each model ensures community leaders are making decisions, not simply playing an advisory role. Common structures include one or more of the following core components:

Increasingly, many participatory grantmaking models are going beyond the awarding of grants to include community members in a participatory process of evaluation and learning.

Why does it matter?

Traditional top-down decision-making in philanthropy has long upheld an imbalance of power between grantmakers and the communities they serve. This unequal power dynamic perpetuates the very systemic injustices that philanthropy seeks to address. Participatory grantmaking not only confronts social, economic, and racial inequities but is a step toward shifting power by giving historically excluded communities the ability to make decisions about where money moves, and centering people with direct, lived experiences in the grantmaking process. Participatory grantmaking also promotes diversity, equity, and inclusion in both the process and outcome, which strengthens community trust between grantmakers and the constituencies they serve.

Who is using it?

On the path to democratizing philanthropy, we are proud to say that a number of JustFund’s grantmakers are actively engaging in participatory grantmaking practices, including Omidyar Network’s Solidarity Infrastructure Fund, Decolonizing Wealth’s Liberated Capital Fund, Donors of Color Action’s Power Fund, and Emergent Fund. These groundbreaking initiatives are moving critical resources to chronically underfunded communities.

One JustFunder – the Ford Foundation – also contributed to funding GrantCraft’s guide Deciding Together: Shifting Power and Resources Through Participatory Grantmaking, a comprehensive and educational resource on participatory grantmaking practices and benefits.

Who does it benefit?

Participatory grantmaking especially benefits historically excluded communities by ensuring they have decision-making power in the grantmaking process and how funding resources will be utilized. However, it also benefits community representatives and stakeholders involved at every step of the process. For those serving on the panels, they are given the opportunity to be active participants by using their lived experience as expertise; they decide which issues to prioritize and the most effective approaches to address them. For grant recipients, many who have been left out of traditional grantmaking models are now centered and their approach and strategies are amplified to the broader funding community. And for grantmakers, it allows them to identify new initiatives, fund outside of their traditional networks, learn, and build important relationships.  By shifting power and sharing practices, participatory grantmaking isn’t just a means to an end, but an outcome in itself.

How it all connects.

At JustFund, our mission is to #ResetPhilanthropy by breaking down barriers and moving resources to the communities who have been excluded from traditional philanthropy. According to a recent report by The Bridgespan Group, BIPOC-led organizations receive only 4% of all philanthropic dollars. JustFunders aim to change that. In addition to providing a simplified and equity-centered solution to grantmaking, we also offer connections to other JustFunders, and expert support for grantmakers on their journey to become more transparent, accountable, and equitable.

If you are a grantmaker who is interested in participatory grantmaking—but don’t know where to begin—we’d love to schedule a first consultation and support you along the process.

To learn more about participatory grantmaking, check out this resource library at GrantCraft. 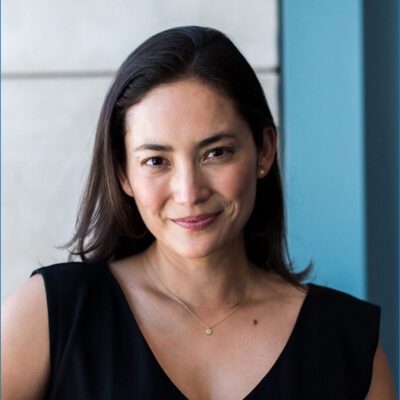 Iara Duarte Peng is the Founder and CEO of JustFund.

Rewriting the Playbook on Philanthropy

Dear JustFund Community, It takes, on average, 15-25 hours for an organization to apply for funding. That translates roughly into $5,000 spent every time an…

Dear JustFund Community, Philanthropy and its systems and structures have a racial bias that results in the chronic underfunding of multiple communities, including groups that…

Dear JustFund Community, We know that technology is starting to change the way we give, yet the impact is still slow to take hold at scale….

Dear JustFund Community,   A few years ago, I remember reading an email about a (then) new initiative called “Black Mama’s Bail Out Day.“ Organizers…

Dear JustFund Community,  When I started JustFund back in 2017, there was one goal in mind: to move more money to movements. Back then, I was…

The Role of Trust in Grantmaking

Dear JustFund Community,  You’ve heard us say that Money Moves at the Speed of Trust™ and undoubtedly you’ve been in a meeting or read a piece…

Dear JustFund Community,  Did you know that JustFund is the nation’s first – and only – national common application grantmaking solution? We launched the common proposal…

Dear JustFund Community,  It’s happening! There are so many more dynamic conversations in motion today about how to truly center equity in philanthropy. The most…